Science has not answered the deepest questions that bring purpose to our lives.

The Bible is literally filled with the supernatural power of God intervening into human affairs. Not only does God act supernaturally into the lives of His people but he does so through the lives of his people.

Given this fact, the question becomes “Where did all the power go? Why are our churches so devoid of supernatural spiritual power?” Do we have supernatural answers to our culture’s fascination with the supernatural?

The purpose of this book is to give you, through sound teaching and real life examples, all the guidance necessary to begin co-operating with the Holy Spirit in living a supernatural lifestyle. It will inform you, inspire you and transform you. It is a truly life-changing book. Join us for the adventure!

Mark Cowper-Smith was a lawyer in Canada for many years. As a result of a radical conversion to Christ, he began to teach the Bible wherever and whenever he was asked. In 1988 a group of people requested Mark to plant a church. The church experienced very rapid growth as well as severe trials.

Mark and his wife Shell have traveled and ministered at churches in 11 countries. They have a heart to see the Church powerfully filled with the love of the Father and released to minister that love in power. Mark’s principle gifts are teaching and prophecy. Mark and Shell are currently on staff at a local church.

Check out Mark’s first book.
What if our faith was never meant to be a religion? What if most of the problems you are having in living your faith come down to trying to live it as a religion? What about the joy you are supposed to be experiencing? We “talk” relationship but we “live” religion, with unsatisfying results. Christianity defines itself, first and foremost, as a relationship with God. This book brings freedom from the bondage of critical self-judgment and the tyranny of living under a performance orientation toward God.

Bob Maddux, has been in full-time ministry since 1968. He is the founding pastor of Trinity San Diego, formerly The Connection and Christian Life Assembly in Poway, California a suburb of San Diego, where he has served as senior pastor from 1988 to 2015. Under his leadership the church has had local and international impact through its various outreaches. One example is Project Compassion, (www.projectcompassion.org), which he co-founded in 1992. Besides his Pastoral work he has ministered on five continents training national pastors and doing evangelistic outreaches. In 1976, he founded Pleasant Valley School of Ministry which became Capital Bible College in Sacramento and served as its president for nine years. In 1979, he founded and directed Jesus West Coast, a large annual mission festival attended yearly by thousands and credited with recruiting many into missions. Bob has authored the Angel award winning book Fantasy Explosion, and has produced and directed various films and documentaries.

Bob has several books available. Check out amazon.com for several titles including 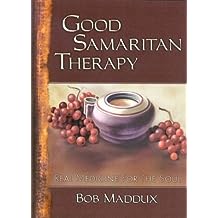 Gem Of The Wanderer by Bob Maddux